Stageing filled with lively lights from the silent darkness.

We have international patents for staging equipments using light, and are offering “DOTIMAGE” product. Our services and staging equipments are based on the patented technologies held in Japan and other countries.
By controlling the ascent and descent while changing the color and light quantity of multiple LED light sources, three-dimensional object with light is formed in the space 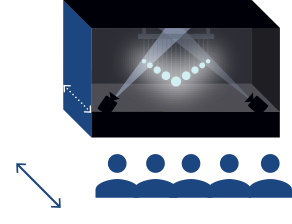 Kept in dark on the stage, LED object moves going up and down at a speed of 1.2m /s to give a presence only when needed

By valuing the scene of darkness, it makes the
transition to the next scene more impressive

Various shapes can be freely expressed 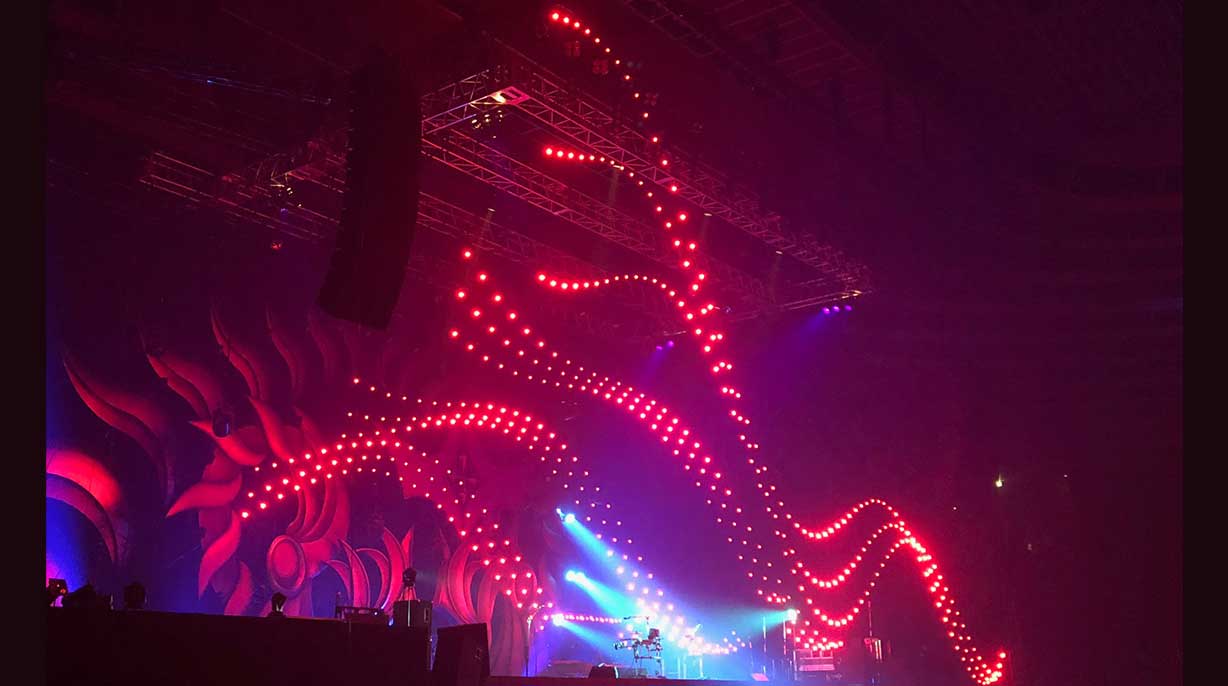 30cm diameter LED ball that LEDs are placed at a pitch of 5mm on the surface and video signals are received and displayed wirelessly. Power is supplied with a main cable.

A variety of shapes are produced by combining triangular LED

LED Cube
50mm diameter soccer ball type LED light can be recognized from 360 degree all directions.
Morter
The main unit that drives LED light source is a cubic object with 150mm x 150mm x 410mm in height, 4.5kg per unit. It gives the movement of the light source a smooth movement like a creature.
Unit
Each unit has 12 full-color LED, driven by one main unit. Controlled by DMX signal, with 6 channels.

Please feel free to contact us if you have any questions or request.